Startseite About the Port History

The city of Wilhelmshaven was founded in 1869 by King William I of Prussia as a naval garrison. Its unique and protected location as well as the River Jade's deep and wide shipping channel made it an ideal place to serve the Prussian naval facility that was being built on the banks of the River Jade in the heart of the Oldenburg Land.

Due to its close links to 'its' naval forces Wilhelmshaven twice saw an economic boom (1871 to 1914, 1933 to 1939) turn into downfall and destruction - first in 1918 and then in 1945. Apart from the navy, the neighbouring Oldenburg town of Rüstringen influenced Wilhelmshaven's development, and in 1937 the 'twin cities' on the banks of the River Jade were united under the name of Wilhelmshaven.

After the second world war, a successful reorientation of the city's industry took place - the oil harbour and large petrochemical plants in the city's north are testament to that.

A brief History of the City and the Port

20.07.1853
Signing of the Jade treaty; under the treaty the Kingdom of Prussia acquires an approximately 313 hectare-large area from the Grand Duchy of Oldenburg to build a naval base.

17.06.1869
Naming of the city; King William I visits the lock (later: 2nd entrance) and Bauhafen port and lays the foundation stone of the garrison church. 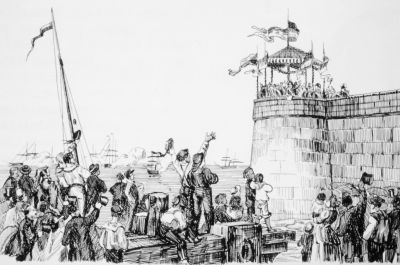 1886
Completion of what later became the 1st entrance. 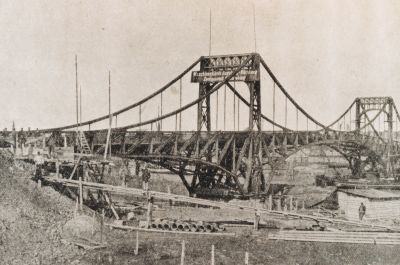 1956
The German Navy re-activates the naval base

08.08.1968
Inauguration of the Heppenser Groden naval base

1975
Port settlement agreement – agreement between the federal government, the federal state and the city on the ownership relationships in the Port of Wilhelmshaven; handling operations start at the WRG loading bridge

1990
Inauguration of the new Jade shipyard in Nordhafen port 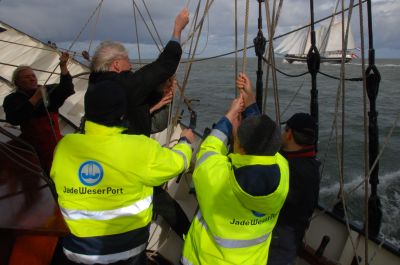